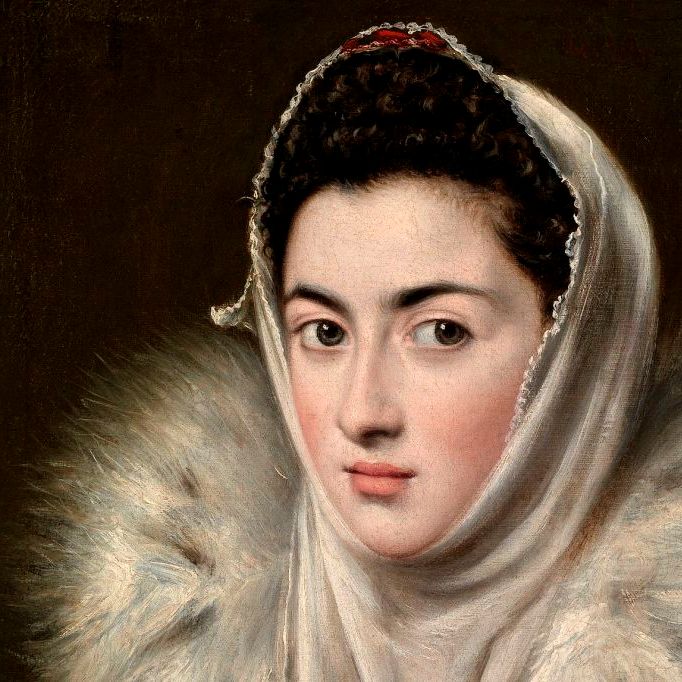 When I was a child I distinctly remember a book we had about painters. I couldn’t have been more than four or five at the time. The book’s pictures were black and white but it was full of renaissance paintings and I would find myself turning the pages to these marvels completely mesmerised. I remember how taken I was by one particular painting which I did not know what it was called then, or by whom- but I do now, and how the eyes of Christ looking up in the heavens haunted me, not with fear but awe. The painting was the “Disrobing of Christ”. Little did I know then that the man responsible for such a painting came from the same little island I descend from and how revered, well recognised and admired he would become globally.

Domenikos was born in 1541 in the town of Chandaka –now the town of Heraklion which was then part of the republic of Venice. Scholars seem to believe the family moved there based on the father’s profession. His parent’s were rich and this allowed him to get an education and most importantly receive proper schooling in the art of ecclesiastical painting that was so popular at the time in Europe and in Crete too creating its own style known for its western and eastern influences.

In 1563 Domenikos was 22 years old when a document found had officially deemed him a professional with the title “Maestro Domenigo”. This then coinsides with another document that allowed him to sell a painting of his, by permission, for 700 ducats.  A serious amount of money for a young artist, giving us an indication of his worth as a painter.

In 1567 he sets sail to Venice Italy, where he receives even more influence and studies next to Titian then in his 80s but still very active as a painter. Around this time the cardinal Alessandro Farnese invites him to his Palazzo he had turned it into a centre for artists and intellects. This provides him with the opportunity to build connections with the elite of his time and allow him to infiltrate select artistic circles.

Domenikos begins to be known as “Il Greco” simply because everybody found it hard to pronounce his name. From Venice he goes to Rome where he begins to enter the company of artists and to admire up close the works of Michelangelo and Rafael. It seems he gets himself into trouble as he made a bold statement regarding the paintings of Michelangelo’s in the Sistine Chapel. He thought if the paintings were destroyed he could have created better images than the ones Michelangelo did!! This did not go down well with the Italians regarding it such an insult of their beloved painter, thus believing the foreigner to be boastful and begun to shun him out of the groups until Cardinal Farense asks him to leave.

In 1577 Domeniko migrates to Toledo Spain where he will spend the rest of his life. He father’s a child, Jorge Manuel Theotokopulos with the beautiful Jeronima de Las Cuevas whom he never married. In Toledo he is given an opportunity to show his work and finalise his style we all have come to recognise so well. Scientists have come to prove that El Greco had strabismus, an eye condition that made him see things a little differently than us- thus aiding with his signature style.

Again in Spain because of the difficulty the Spaniards had to pronounce his name they follow the Italian’s solution of calling him “El Greco” thus sending this abbreviation in the history books and making him the most well known Greek out of Greece just as much as Aristotle. Although he lived in Toledo for 37 he always intended to return back to Crete and when he was asked in his mature years, felling homesick for his beloved island in his later years he said: “In Crete I would dream of Italy, in Italy I would dream of Spain, but now I believe I must begin to wish myself back to my homeland Crete”. He never lost contact with the island and was always close with his Greek friends and family. In his painting we can see how he always added his signature as “Created by the Cretan Domenikos Theotokopoulos” giving us an indication how he felt the need to retain and honour his homeland and identity.

Picasso regarded him as his “Father”, while our other well known Cretan author with international recognition Kazantzakis call him his “Grandfather” and his last work ‘Report to Greco’ is written in the first person as if he is addressing El Greco to speak of his life and work before he dies.

It feels odd to be writing about a man who lived so long ago when in essence he is always in us somehow. Our culture

is deeply intertwined with him. He is part of us and we are part of him. The deep rooted awe I felt when I finally had the opportunity to see his painting “Disrobing of Christ” up close left me breathless. I felt deeply touched by the painting; it almost depicts El Greco’s soul in a way. The sheer size of it and the elongated figures are heavenly divine. There is a touch of god I believe in all of us when we are tuned into our talents and let them come out creatively, sharing them generously with the world. These are our true cultural treasures.