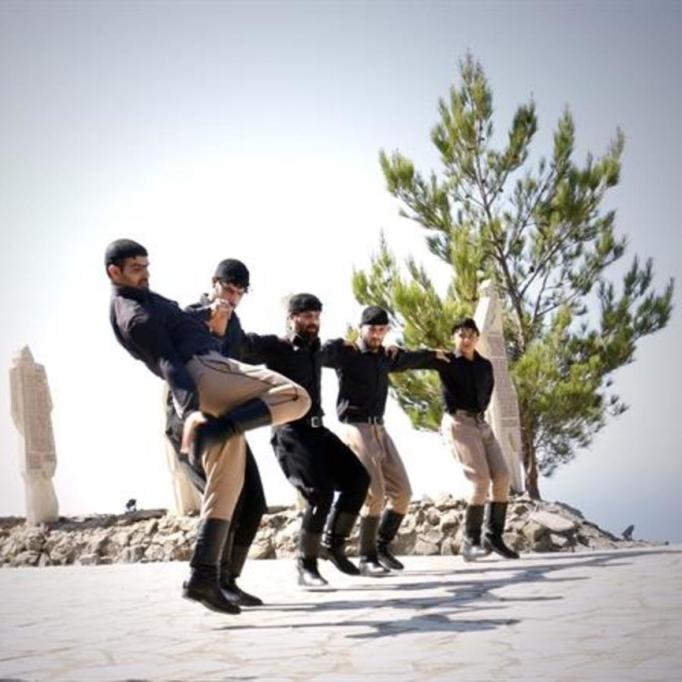 In 1769, while Crete was held under the iron grip of the Ottoman Empire, a man by the name of Yiannis Vlachos Daskaloyiannis decided he had enough seeing the island suffer under it. He was a rich ship owner from the area of Sfakia, a province in the south west of Crete. As a province, Sfakia always fared better than the rest of the island. It had a mountainous landscape making it hard for any conqueror to reach thus allowing its people to trade and move about the island with relative freedom.

The population of Cretan was dropping fast from all the Ottoman killings, and fear of a race being wiped out was in imminent danger. Under these conditions Daskaloyiannis felt the time was ripe for the people of the island to take yet one more stand and revolt against its oppressors.

So, alarmed as he was, it resolved in him to act upon and help the island in the only way he knew; with men, courage and guns.

Having gained the support of Empresses Katherine the 2nd of Russia through her ambassadors and brothers Orlof with a promise of help in the revolt, Daskaloyiannis asked a violinist with the name Stefanos Triandafilakis or else known as Kioros to compose music that was revolutionary in its sound and most importantly made to help create a dance close to the Pirichian war dance of the Dorians who had settled on the island many centuries ago. The dance born from this concept was called “Pendozali” = Πεντοζάλι. The word πεντε = pende means five and the word ζάλος = zalos comes from the ancient Greek word σάλος = salos that means to create an uproar. The name of the dance was a code. It meant to begin the 5th uproar- revolt against Ottoman oppression.

As Daskaloyiannis needed more men to follow his vision, he had to get this message out somehow so the violinist Kioros acted as his messenger. Not only did he create the musical score for the dance but he created the steps for it in order for the code to continue to provide more messages to the men it would reach.

We need to keep in mind that these villages could get an impromptu visit by any Turkish patrol, so it was of upmost importance that it appeared only as a musician carrying a violin and nothing more on him, i.e. a hidden message on paper or an out of place obscure object that might raise suspicion. To think the whole concept as a stroke of genius! Music and dance steps were the message! Utterly brilliant!

As the region of Sfakia is relatively vast and the villages are scattered across the area, Kioros was to find each chief of each village and carry the message to them. The total number of chiefs that agreed to participate in the revolt was twelve; therefore they were to act as the total body of men to participate in the dance when it was first presented to the rest of the province. The chiefs were to be seen as ‘best men=koumbari=κουμπάροι’ if the Turks were to stumble on them and ask where they were off to en mass. So they innocently appeared to just be participating in a wedding or christening if a need for a lie presented itself.

The day the revolt was agreed on as a concept was incorporated in the steps, thus ten steps made up the entire dance routine, that being the 10th of October –the tenth month- in 1769.

Even more so, to make sure that unity in the decision was apparent, the chiefs were to hold on to each other’s shoulders while dancing, as if in a single embrace. This not only showed unity but also a brotherhood that proved no one would betray the other and all be there till the very end.

The musical score was written in 12 melodies representing the 12 chiefs. When each chief had his turn as the leader of the dance, it would come to a close.

Each chief that led the dance had a role to fulfill, he had to leap up with a ζάλο=zalo=uproar, in the sky for two reasons: one to give courage to his fellow dancers and participants, while on the other he would symbolically scare death itself.

The steps have their own symbolism too when it comes to the way they are executed. They are hit hard on the ground to act as the sound of bullets and also to give the men courage to move forward with their task and never falter. 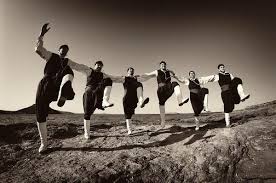 To this day I do not know a single person who listens to the first notes come alive from the strings of the Cretan Lyra and has seen dancers execute the Pendozali without feeling a deep emotional shiver. It truly is amazing to watch and amazing to hear.

To sum up the code is this:  “On the 10th of October 12 chiefs have agreed to participate in brotherhood in a 5th revolt against the Turks till freedom or death”.

And this message, music and dance has survived so many years and still gets us excited just as it did on the first day it was presented to the people of Crete.

For more on how the dance is executed press the link here, you will not be disappointed!