St Rocco of Chania protector from the… plague! 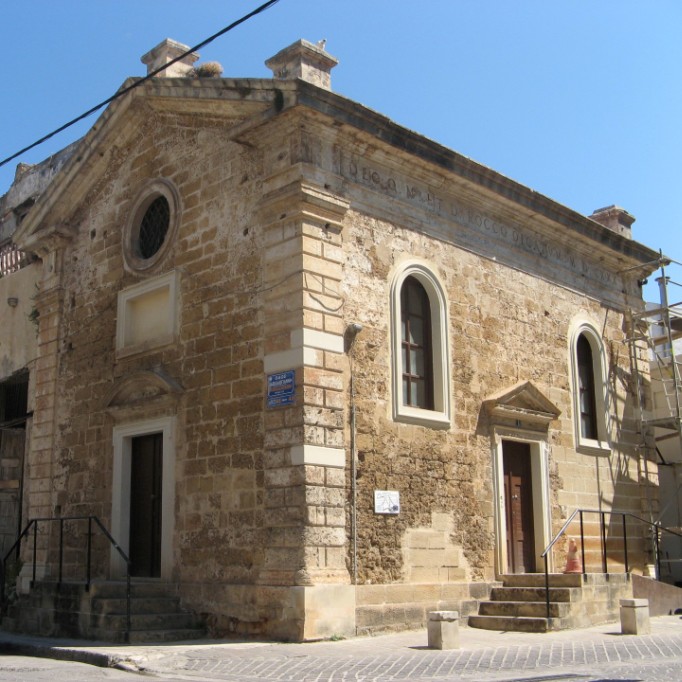 When Venice was a European powerhouse and ruled supreme during the 13th century till its decline in the 18th century it had to deal with quite a few countries they regarded as their God sent right to conquer, but at the same time they had to deal with one more enemy which was a lot trickier to deal with and a lot more deadly than any well executed strategic plan, and that was the plague.  Yesrsinia pestis being its official name between scholars, is a highly infectious disease that created more deaths during the middle ages than any war across Europe and the East.

The Venetians being extremely religious and believing in healing from higher powers needed to take charge of the situation by getting one step ahead of this highly infectious viral killer so they decided they would call upon the help of St Rocco the French Saint Protector of the inflicted with the plague.

St Rocco has an interesting story as he was the child of a wealthy French nobleman and governor of Montpellier. His birth was seen as a miracle as his mother had been barren for so long she too reached out to higher divine powers to help her conceive a child of whom her prayers were heard and St Rocco was born to the delight of the family circa 1348. Not only was he the joy to his parents, he was born with a birth mark on his chest depicting a red cross that grew as he grew. St Rocco felt this touch of divine calling very early in his life and decided on asceticism. He was twenty years old when his parents passed. He saw this as his opportunity to rid himself of all his worldly possessions and lead a monastic life and help those in need while choosing to live in Italy as to be closer to St Francis of Asissi’s homeland. During this time of aiding the most sick and unfortunate in hospitals and performing miracles by making the sign of the cross with the sigh remaining on the foreheads of the sick, he too contracted the plague. Unfortunately he was kicked out of the city saintly or not as anyone with the disease needed to be quarantined away from it. He lived in a forest trying his best to tend to his plague wounds on his leg. A dog seems to have found him and by no way of explanation the animal would bring to St Rocco bread on a daily basis that helped the Saint from perishing from hunger. One day the dog’s owner sees this curiosity and follows his pet just to find St Rocco and aid him back to his home and become his follower. Having been healed from the plague, back to  his hometown of Montpelier he returned but he we was believed to be a spy by his people and in prison his fellow men threw him. He never revealed who he was as he wished to receive no worldly glory. His true identity was revealed to his people upon his death in prison when an angel appeared with a tablet with the Saints name and the blessings of God written on it that the man is divine and blessed by God.

Well as you can imagine this was the man the Venetians needed the most in their time of desperation as they could not keep the plague under control as they were seamen and sail they must to all corners of their republic but with them on their vessels they took the deadliest animal carrier of the disease: the black rat. And the poor rat not wanting to be reason for any harm was eaten alive by fleas that carried the virus they then spread it to any human’s flesh that would be exposed and the deadly disease would take such a quick turn it could kill a human in less than 12 hours!

So the Venetians took action. They begun building churches in their conquered lands and this is how my lovely little island becomes a receiver of catholic aid from the heavens as two churches were built. One in the town of Chania and another in the town of Heraklion of which unfortunately the Ottoman Empire cannoned to rubble.  The beautiful but small St Rocco in the old Venetian town of Chania is a building so beautiful in its architecture and so well loved over the centuries and thankfully well taken care of too by the municipality. Did the Saint help those in need when the plague broke out across Europe? That can only be interpreted by the beliefs of each person. I’d like to think he did. No little help is ever unwelcome, divine or not. But I do know that Chania did have its own victims from the disease. But I’d like to think the ill had somewhere to place their prayers and hope to be heard being Catholic in faith or not. In circa 1902 it was converted in to a guardhouse but know it is used as an exhibition center for art. It is not open to the public year round however if you are lucky to see an exhibition please do step in as a surprise awaits you with its glass floor as an excavation revealed an ancient Greek site underneath its floor. The inscription running across the entire length of its frieze says: “Dedicated to almighty and most glorious God and the divine St Rocco 1630”. The church is situated on the corner of Daskalogianni St and the 1821 Square. It’s a lovely corner of town where you can sit under the big plane tree and enjoy a coffee or a light lunch while immersed in history.