The artful plan that enslaved Crete to the Ottoman Empire 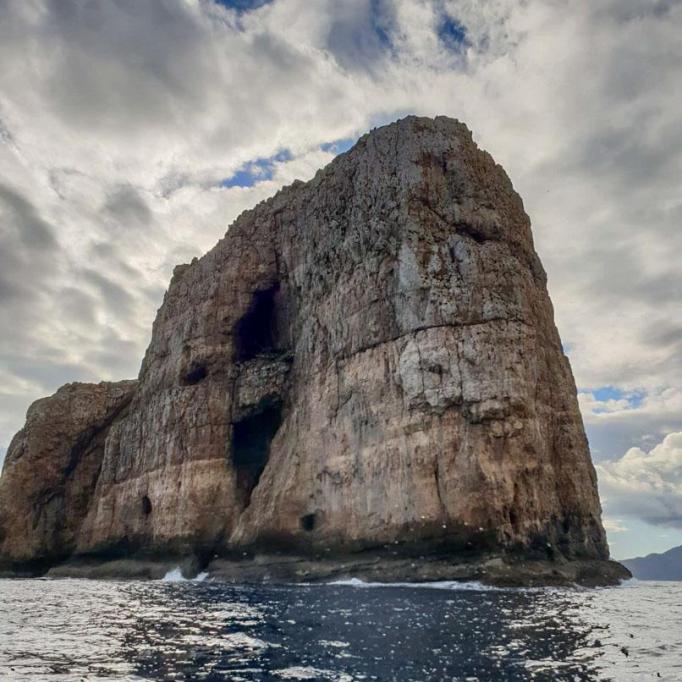 The view from Villa Terra Creta is unparalleled in its beauty of the bay of Chania with glorious sunsets, the old Venetian Harbor and the small islet of Thodorou which has its own history which marked the fate of the island of Crete for over two centuries.

It takes a cunning plan to conquer an island when you’ve been eyeing it for a long time and it seems the Ottoman Empire found its footing from a bad move made by the Knights of Malta.

We are in the 17th century and Malta has its ships roaming the Mediterranean when a ship from Instanbul heading to Mekka with pilgrims in it was captured by the Knights and moored back to Malta. Not so much an issue, apart from the fact that Sultan Ibrahim’s wife and son were on board with their eunuch. The wife unfortunately died days later after capture and the son was taken to a monastery of the Dominican Order where the child was baptised and made into a monk. The eunuch is executed and the other passengers aboard the ship were sold as slaves. As we can imagine this didn’t go down so well with the Sultan at the time who was seething with anger and wanted answers to his burning questions thus he gathered the diplomats from France, England and Venice to know if they had any involvement in this unforgiving act. As one can imagine they all vehemently stated they didn’t, informing him that Malta is an independent government acting on its own accord.

The Sultan wanted retaliation on Malta but his Grand Vizier had a better idea by killing two birds with one stone. He felt it was the right time to conquer Crete as he had done his own research and found that the Maltese ship prior to capturing the Sultan’s ship had stopped on its way at Crete to supply the ship with food and water. The Grand Vizier took one step further in his plan and lied by stating the Venetians in Crete knew of the Meltese plan and helped them accordingly. This as it can be understood infuriated the Sultan and agreed with the Vizier who felt the Venetians in Crete need to be punished first for their involvement in his grief and loss of his family.

This created a slew of events that have gained their place in our history books. The Venetian diplomats in Istanbul were never informed of the real plan the Sultan had of getting to Crete first as they were the Crete’s conquerors since 1204.

By order an armada of 440 ships with the best canons of the time, a 60.000 crew and a plan well devised, off they sailed on a phantom route with the single purpose to deceive and conquer Crete. The “word” released as to the armadas’ route was Malta. Everybody believed this simply because the admiral of the fleet was told by the vizier to stop on his way at the island of Kythera and stock on coffee and sugar as his ship had failed to get these particular supplies. There the admiral spread the word he is headed to Malta to seek revenge. The Greek Governor General of the island fully believing the admiral’s word sent a report back to his Venetian supervisor in Chania that the fleet is certainly headed to Malta. This helped the proctors relax their fortification plans they were busy with and put a stop on any extra measures they might need to face the fleet in case it was headed to Chania. A fatal mistake that send the fate of Crete in the hands of wolves…

The entire fleet arrived and tied at the port of Navarino, a western port of the Peloponnese just to make sure everybody relaxed and believed Crete was not in danger. They stayed in Navarino for a few weeks to enhance the belief…

Then on the 12th of June 1645 the fleet made a 180 degree turn and headed to the bay of Kolymbari. It is hard to imagine what an armada of 440 looks like in the bay. But I’m certain it was impressive and absolutely terrifying at the same time…

The Venetian lords that first saw the fleet did nothing to defend the island. Not one canon ball was shot in the direction of the ships; they simply turned their backs and tried to save their own lives.

The fleet begun moving towards the small islet of Thodorou, being only 4km from the town of Chania thus giving the fleet advantage to spread and take over the port and basin of the town. A detachment of Janissaries and soldiers stepped on the islet to fight the few Venetian soldiers defending it.

The only man who did all he could to stop the armada from gaining ground to Chania was Vlasos Julio who was the general of the islet of Thodorou. As there were two fortresses with ammunition he did all he could with legendary bravery to aim fire at the ships of the armada and stall the Turks as best he could. When the ships fired back with their modern canons they managed to bring down both fortresses. Vlasos understanding how dire the situation was, decided to take the fate of his own life in his hands and his few men that were left with him. All in agreement, it seems, they decided to blow up the remaining gunpowder of the fortresses. The explosion killed not only Vlasos and his 65 men but the Turks lost a total 500 Janissaries too.

This epic battle of a few good men on the islet of Thodorou opened the route with absolute precision for the Turks to gain their footing in Chania. This small piece of land that sits so beautifully in the bay was the stepping stone for the island of Crete to be conquered by the Ottoman Empire 375 years ago for 253 years and Vlasos’ bravery set the standards as to what a man needs to do in extraordinary times.

The flag that never came down; the story of Spiros Kagiales
Nikos Kazantzakis, the Cretan writer of Zorbas the Greek