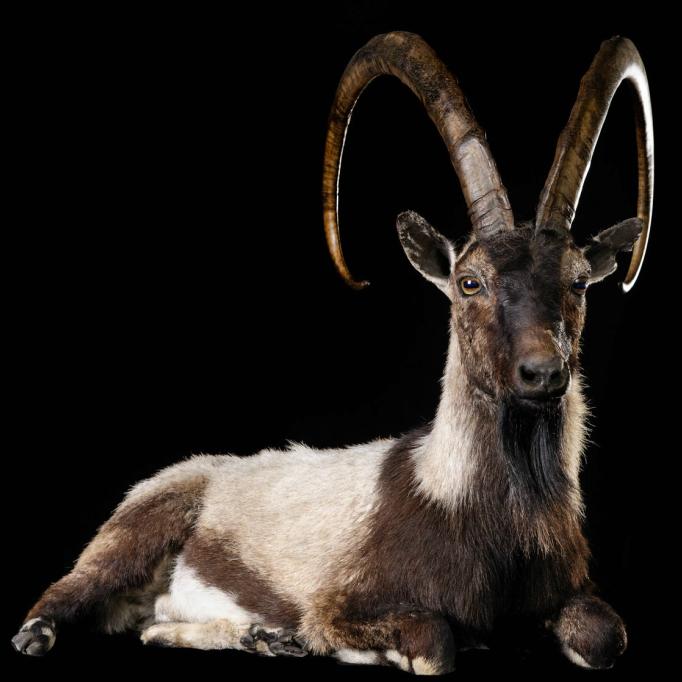 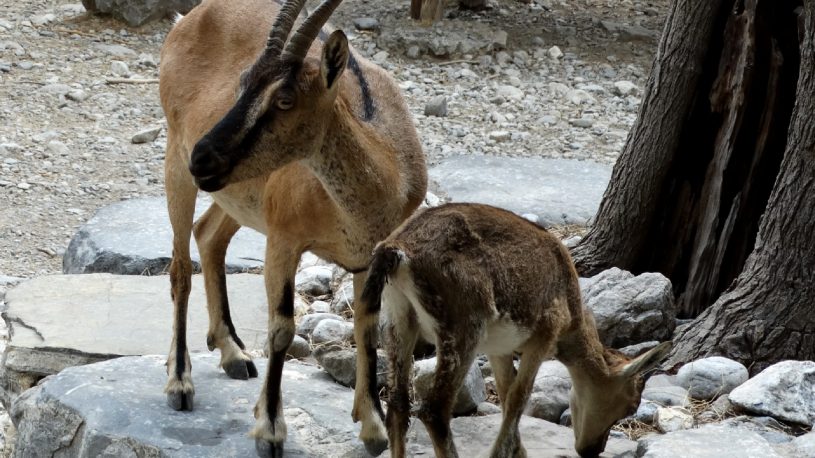 In Crete we have a symbol we identify with that represents our free spirit, our fearlessness and our passion for freedom. Its scientific name is capra aegagrus cretica. We, over the years have adopted its pet name and call it Kri-Kri just as it is now widely known across the globe. It is a wild, endemic Cretan goat. We call it αγρίμι = agrimi, loosely translating as a wild beast. There is another name to it that is purely Cretan in dialect: φουριάρικο = fouriariko, which means a furious, living in the wild, hard to capture, untamed beast.

By nature the Kri-kri is ultimately all of the aforementioned. Free spirited; this majestic animal with its crescent horns and proud stance stands in its natural habitat like the king of its world.

Its characteristic black face and black fur running down its chest encircling its front legs and breast while the rest it covered in a dusty brown coat; make for the perfect camouflage for its surrounding environment. Although we call it wild it is rather a domesticated goat that was brought into the island’s fauna and became feral over time from its first appearance on the island over 8000 years ago.

Adapting to our environment, its free spirit and difficulty in catching it made it an animal worth depicting on ancient Minoan ceramics, murals and jewellery.

It has its own characteristic smell; potent, highly hormonal making us trekkers understand its presence in the wild, although the animal itself stays far from us as its instinct is to take flight from any invader to its environment.

Due to its genetic make-up its hooves do not split down the middle like its cousin the common goat. The common goat can stand on the smallest surface possible without losing its balance and remain nimble while running up and down the steepest of cliffs. The Kri-kri differs in this as it has hooves like a horse, allowing it to be more bolder to jump or leap up to 8m from one head spinning tall cliff to another without hesitation as its hind legs are more powerful. Its fearlessness in these dare devil stunts have given it its free spirited status. However this makes it a migratory animal as it cannot stay in the same place between summer and winter. Due to its single hooves it cannot remain in high altitude during winter as it hooves slip in the snow so it finds lower ground to be able to walk through familiar rough terrain.

The male is much bigger in built than the female, its horns including. The male generally is a solitary animal and only joins a herd during mating season of which it mates with all the females of the herd. Each herd does not exceed more than 20 animals. The female which is called σαμάδα-samatha will birth a maximum of two kids with a gestation period of 170 days. They follow a hierarchy in each herd with the eldest and biggest in weight being the leaders. The kids will follow the mother till adulthood of which they will stay or create their own herd. It feeds off shrubs and leaves of low trees indigenous of the area.

The Kri-kri was categorised as an endangered species thus the government took action to give it a protected natural environment. The Samaria gorge, the largest and most southern of Europe is where the majority of the population can be found. The islands of Thodorou in the Chania basin is a another and the last being Agii Pandes, as small island just across the town of Agios Nikolas in the prefecture of Lasithi; these are all in all the largest populations. Smaller clusters of the animal can be found throughout the mountainous range of the island. The reasons for it becoming endangered were its tasty meat making it a favourite for hunters to kill while its horns were used to create handles of the characteristic Cretan knife. Many felt that a handle for a knife from a Kri-kri horn proved a sense of defiance while almost bringing it close to demise as a consequence. For more information on the Cretan knife click here.

And why Kri-kri as a name? There was once a Cretan man who wanted to give as thanks his own animal to American President Harry Truman for his Marshal Plan aiding the island with money and food in the 1950s. President Truman shortened the phrase of Cretan Creature to Cre-Cre while passing time allowed for it to be spelt  Kri–kri.

On a final note the Kri–kri is known to leap to its own death if it sees a hunter while attempting to take the hunter with it to be killed with it. It is known as the leap of death and the animal’s instinct makes it defend itself in such a brave, dramatic, mortal way.

No wonder we love and admire it so. Its need to resist has helped us do the same over time from so many invaders and occupants.

As a word of warning please do not participate in hunting the animal as it is illegal and eating it is also. Its numbers still need to build up for it to come off the endangered list.

The Martyr Yiannis Vlachos Daskaloyiannis
The flag that never came down; the story of Spiros Kagiales