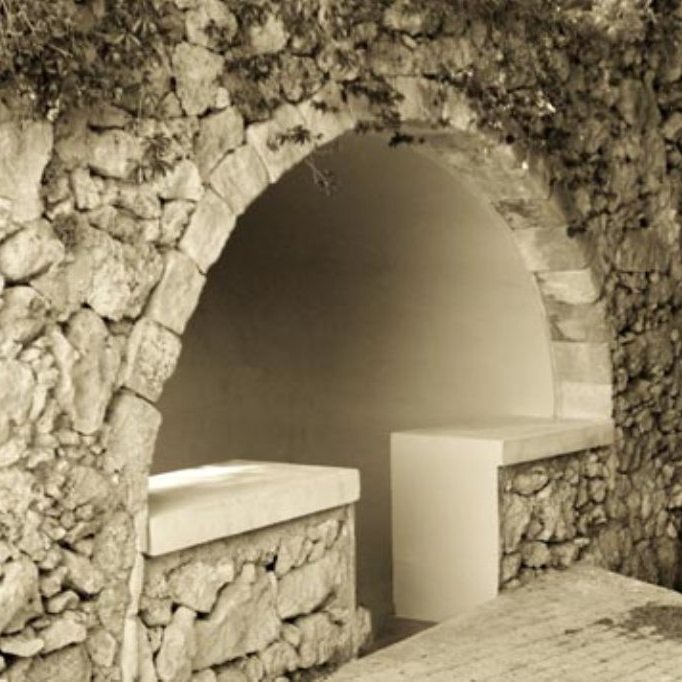 Allow me tell you a story of a girl named Aynur (which means bright moon). She was a Turkish concubine who was hiding in a cave by a water well in Akrotiri, an area that looks over the gorgeous bay of Chania. Her story is fascinating even if it might be a myth simply by the way she was captured, escaped, survived and fled Crete to live a new life safe from fear and her fierce captors.

Anynur was 14 when she was taken away by force from her parents – a poor farmer and his wife who lived in the area of Apokoronas. Her Christian name was Maria and on the day of her captivity by janissaries the moon was full and shinning bright in the month of August making for her Ottoman name and was given to the local pasha as a gift. What became of her life while in the hands of the pasha one can only imagine and hard not to feel sorry for. She was enslaved for five years before opportunity struck that helped her escape one night by a rouse from neighbouring local Cretans who revolted against Ottoman suppression. In the general upset of the revolt she managed to flee her captivity under the watchful eye of the harem’s eunuch. It appears she ran for a very long time until she found herself surrounded by woods and no human in sight. For five days and nights she would forage the woods for food and only come out from her hiding during sunset putting all her skills she knew from her parents in order to survive. In those five days she would walk all night with the aid of the stars and sleep during the day while covered in forest foliage. On the fifth evening she heard a cart slowly passing by with an old Cretan couple speaking low in their dialect about the misery of the suppression. She took courage it seems and asked for their help. The couple was childless and felt for her immediately. They were already aware of the Pasha’s wrath regarding the missing girl and the men on the hunt to find her, and out of spite in the face of the pasha, they hid her in their cart and dropped her off in the darkest of nights in the area of Akrotiri while endangering their life by doing so. The couple told her that close by was a water well they only knew of, that had a cave. To her utter surprise she saw in the morning that her cave had one of the most majestic views of the bay of Chania. From there she could see all the ships from foreign lands come and go.

Unable to get in contact with her parents in fear of jeopardising their life she hoped the old couple might contact them in some way. The couple would appear from time to time in the course of three months to drop her a few morsels of food and inform her that her parents were still alive but questioned and tortured by the Janissaries of her whereabouts. All this was happening while she felt safe in her cave with her water well close by. Feeling upset for her parents she made an oath to help them flee the oppression and the view of the bay helped her birth new hope and a new plan for a new life. She asked the couple for help to escape once more but this time on one of the boats that would anchor in the harbour every few weeks. A whole course of actions were taken by the couple to get her a few rugs of clothing to bundle up for her journey and a mere amount of money for her ticket and board.

On the day of her departure with the help of the couple, Aynur now with a new christian name written on her ship docket had one last clever thing to do. Knowing the effects on the skin from stinging nettle, milk thistle and fig milk she begun to rub her face and body with the weeds in order irritate and swell her skin until she could not be recognised. Knowing that the effects where only temporary she felt this might be her licence to flee the island without being recognised by the janissaries patrolling the dock. It appears she was successful and boarded a boat but this is where he story gets lost in time as she never let anyone know where she lived, not even to the old couple in fear of endangering their life. The only thing that appears to have happened is her parents boarded a boat four years later to live overseas where to no one knows. Was it her who put the wheels in motion for her parent’s to leave Crete? Or whatever happened to the childless couple? I live in hope she helped them in return in her own way too. We will never know if it was her, but It only makes sense to me or at least I would like to hope so. The well and the cave do exist and it is actually called the Concubine’s water well. It is located in the beautiful property of Villa Terra Creta and the view is certainly breathtaking. However, even if this story proves to be fictional it makes for a fascinating one full of courage, hope, perseverance and humanity.

Although there was no image of Aynur, Jean-Léon Gérôme’s Femme Circassienne voile seemed to be fitting as her representation.