The genesis of Cretan wine 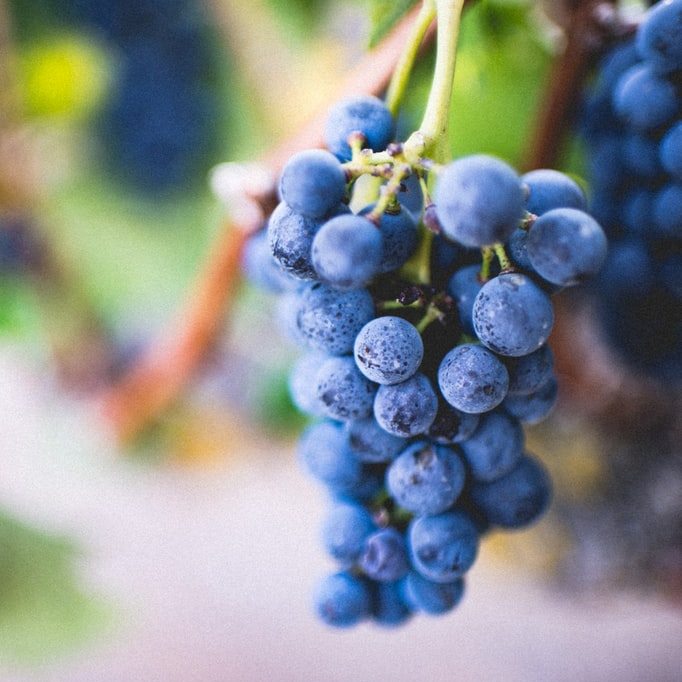 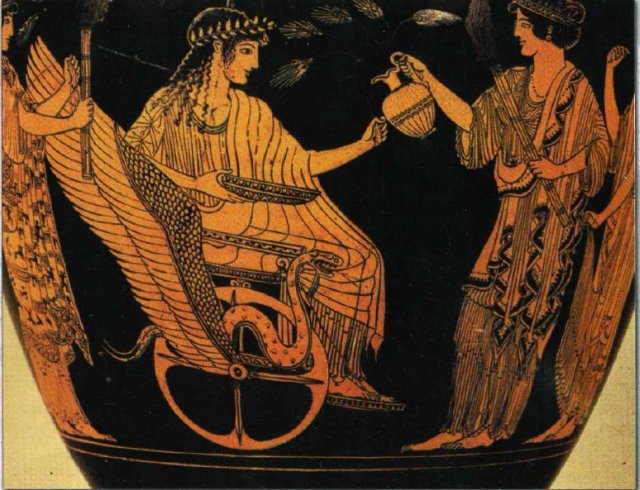 Two are the goods which first appeared to man;

Goddess Demetra or else known as Gaia,

She is who feeds man with solid food to fill his belly.

Then came Semelis, who found an antidote, a drink from grapes

He brought it to mankind so they can usher their sorrow away.

And when with wine they fill their bellies, sleep will come,

In lethargy their sorrows will drown.

There is no other medicine for pain.

God is wine and unto god wine is given as libation

So in God’s name humankind can enjoy these supreme goods.

When wine first appears in Crete is it well into 3500BC when men tame the vine to produce the sacred liquid.  In Mirtos, in the prefecture of Lasithi the first evidence of resin wine dates back during the Bronze Age and chemical analysis showed we Cretans used to enjoy our wine mixed either with barley –thus a touch of the taste of beer or in oak barrels thus the aroma or resin in the wine.

In Chania wine traces are found in the 5th century and it seems they liked to add aromas to it by adding the stimulating herb rue.

The Mycenaean and Minoan Cretans seemed to have mastered the mixing of aromas and herbs during their time making them experts. The Minoans would mix barley with resin and watered down honey in a drink just like we mix cocktails today. Shame we do not have a name for it like “Dusty Cretan Sunset” or “Hail king Minos” in any ancient ledger…

Many archaeological sites have surfaced wine presses and wine labs throughout the island. The ceramic amphorae, cups, ceramic bottles and jars that are found is evidence enough that we loved our wine from its birth and we made sure we could carry it with us wherever we went. Our museums are full of these artifacts but so are so many international museums too.

The mastery of wine production flourished during the Roman times on the island, as Cretan wines had built a reputation for themselves and was exported to Rome. A particular type of liquor named “Paso” made from sun dried sultanas was available for women in Rome to consume as it was forbidden for them to drink wine.

During the Byzantine era there was a sweet wine named “Kris the Sweet” making it a favourite for the Europeans as by then Crete had become well known for its quality in export goods to all corners of the western continent. The Venetians take their business savvy one step further and understand the value of Cretan wine so they begin to advertise it to all their conquered corners on the continent and make enormous profits for themselves and of course keep the Vatican happy too. It is most likely some ancestors took their holy communion in Rome while drinking Cretan wine. Might I add not a bad way to reach the fluffy clouds of heaven while ones sins were washed away. Indications as to the quantities of exports from the island from the Venetians during the 16th Century were 6.5 tonnes of Cretan wine. It’s a staggering number for the time! But it wasn’t just wine they exported, it was olive oil and our cheese too that could accommodate the wine; I guess that is the first cheese fruit and cracker hors d’oeuvre platter of the time or the birth thereof?

During the Ottoman Occupation (1645-1830) the Turks being Muslim in faith hindered the boom of the wine business as they forbade the consumption of it deeming it the “drink of the unfaithful”.

Our wine reached its full height of reputation in the 19th century where all explorers of the time passing through the island do not fail to mention how much they loved our wine.

Wine was not used in ancient times just for consumption but as an offering to the Ancient Greek Gods plus its therapeutic property in medicine, and of course, most important of all it was seen as the elixir to longevity. Hippocrates, our father of all Medicine and the man all doctors give their oath to in order to practice medicine, wrote that Cretan wine was medicine “το drink of the nature of Cretan wine” to remedy a fever, as a diuretic and as a antiseptic. Or just to be merry and celebrate, may I add myself.

Large commercial vineyards are not produced for many years and only after the WWII do they make their first shy appearance. Most homes had their own little vineyard to accommodate a year’s need for wine and in my humble opinion the best wine one can find, as so much love and passion goes into these tiny enterprises.

Today Cretan wine has traveled to all four corners of the globe with awards and accolades and most of all the sunny, earthy, sea breezed kiss each grape receives before picking has classified it among the best of the best around the world. It seems my little island has come full circle to becoming a wine powerhouse once more with the help of young and savvy Cretan winery professionals who understand the value of our liquid nectar.