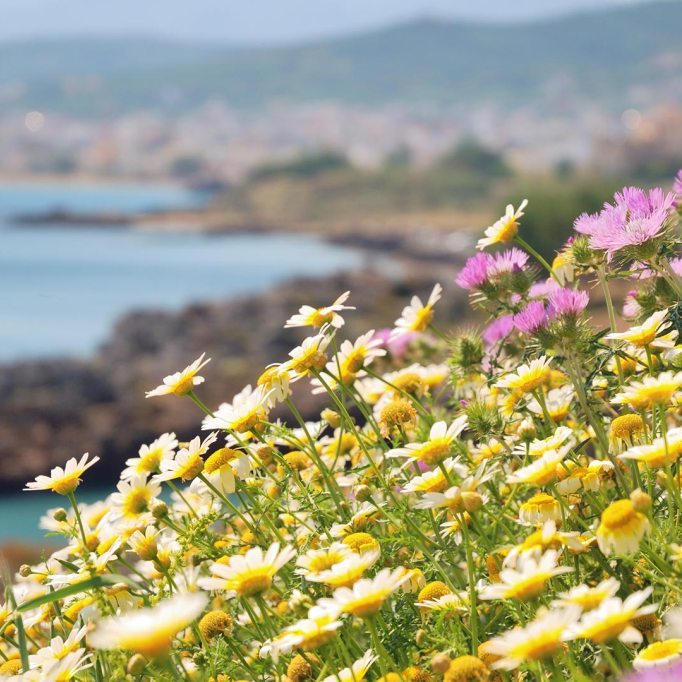 Villa Terra Creta is not just a “summer house”.  Unlike most villas on the island it is an ideal retreat year round! It is equipped with all these features that make it the most suitable option for winter and summer! In  winter you can use the heated pool, enjoy the subtle heat that is released from the heated floors and enjoy a glass of wine by the bone fire that our staff will prepare for you, at the fireplace. Of course a warm sauna and steam bath, at our bespoke spa is always a good idea! Besides enjoying the amenities, you will  enjoy the island too! 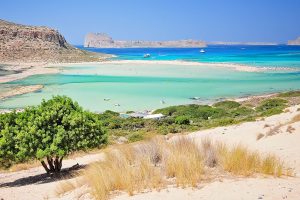 Did you know that Crete is between two climatic zones, with the largest part of the island falling into the Mediterranean and the south coasts and Gavdos island falling to the North African?

It has one of the healthiest climates for people to live as it is humid near the sea, with short mild winters and cool summers. While the far south has subtropical weather during summer, and inland alpine areas of the three major massifs can be as cold as -10°C (14°F) in winter, most of the inhabited areas lie close to the coast, which means mild temperatures year-round. 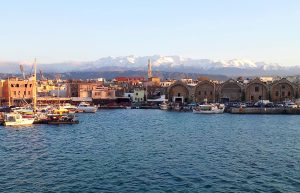 The average Crete temperature decreases as you travel north. July and August are the warmest months, and January is the coldest month of the year. In summer, the average maximum temperature ranges between 20-30ºC (70-90°F) and in winter between 10-15ºC (50-60°F).

temperatures range from 29-38 degrees Centigrade (82-95F), a “normal” day would be in the middle of this range. By the sea there is, of course, usually a breeze which moderates how this feels. Though it may be cooler in the mountains, especially at night, it can feel hotter in places sheltered from the sea breeze than at lower altitudes. Ultimate months for swimming, cooling down and using plentiful strong sunscreen. 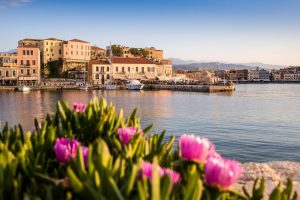 May –  It is usually  warm and sunny, much or most of the month. 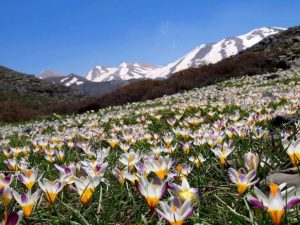 March, April, October and early November – often provide warm and very enjoyable days too. Although it gets  less predictable at these end of summer season months, you’ll find it uncrowded and for some the most enjoyable.

December – often good,  it is a mild winter – same for January and February.

During these first two months of the year there “should” be some rain but not every day. Day time peak temperatures range from 9 to 18 degrees (even colder in the mountains, warmer on a few days if you are lucky).

Beach or pool? The choice is yours!
Say “I do!” at VILLA TERRA CRETA