The flag that never came down; the story of Spiros Kagiales 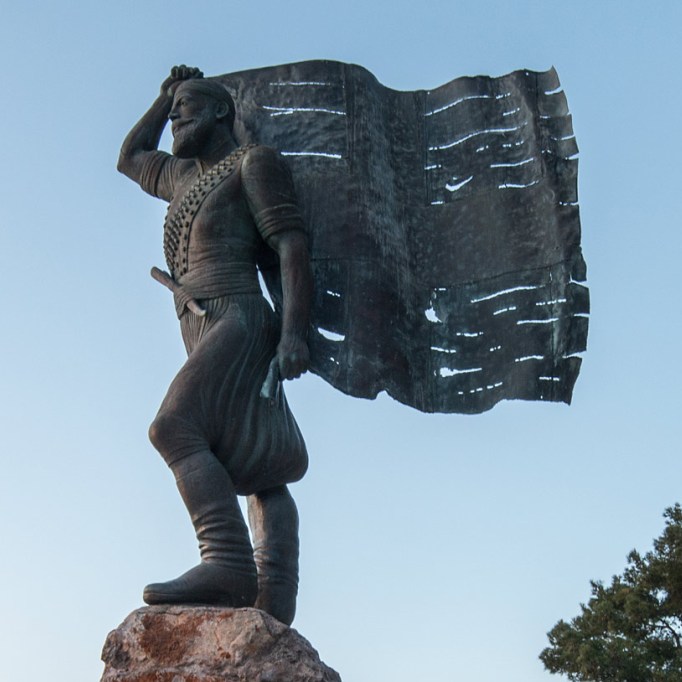 When Crete’s fate was made in June 12,1645 by the invasion of the Ottoman Empire little did the island know that for 252 years it would be under the worst control an invader could ever impose on a population during that era. Being small in size and with a population that would almost dwindle to oblivion it heroically withstood and fought through numerous revolts so to throw off the unbearable burden the Ottoman Empire had become.

Between the years 1890 and 1895 the island had been taxed so heavily, the population was constantly punished for any reason, even the most irrelevant, and many were murdered by the invaders because they simply could.

In January 23 & 24, 1897 the Turks set fire to the town of Chania and begin a killing spree of Cretans within the town’s walls.

This led a few military Cretan men to take action and vote for the uprooting of the Empire and for the island to unite with Greece as Crete was independent from the mainland up to that point. The date of the vote was January 25, 1897. This new body of revolutionaries didn’t sit well with the higher powers of Europe so Italy, France, Austria, Germany, England and Russia, known as the International Squadron, rejected their application to unite with Greece. This led to deploying government navy detachments to the island and wait on its shores to intervene if an armed revolt would ensue. It is important to note that within the group of insurgents was the future prime minister of Greece Eleftherios Venizelos who later changed Greece’s history for the better, more than any other prime minister to date. He is a man whose name we Greeks still refer to on a daily basis and whose statue can be found in almost every square and every area has named a street after him including our biggest airport in Athens. His presence shows how the revolt was necessary for the island to finally be liberated.

King George I of Greece was informed of this intervention and sends a 1500 military body from Greece to aid the attack. Their leader was a man called Timoleon Vassos. The International Squadron warns him to not step on the island, but to no avail. With locals they gathered up in Akrotiri in the province of Chania where they could have visibility of the Chania basin and organise their attack on the Turks. A Greek flag with the Greek King’s coronet in the middle was given to Eleftherios Venizelos who hoisted and secured it on the highest point of the lookout where the men had gathered, close to the small chapel of the Prophet Elijah. Vassos informs the International Squadron he will open fire against the Turks. On the 9th of February 1897 the leader of the admirals of the European detachment, the Italian Felice Napoleone Canevaro, being the oldest in age and rank took over duties to lead council and carry out decisions on how to tackle the situation at hand and decides upon a counterattack on Vassos’ revolutionaries.

Canevaro’s first aim was to negotiate a peaceful solution without bloodshed while the Ottoman Empire kept its power over Crete. However the Cretan insurgents refused to hear of more oppression and opened fire. He specifically ordered for the Greek flag that was hoisted to be taken down as it was illegally put there without a decree. But they refused. Canevaro was left with no other option but to order an attack back on the insurgents. His aim at first was to bring down the Greek flag. Canevaro felt it was the first warning for the insurgents to withdraw; his primary aim was not to kill any men as he had an understanding of the Cretan oppression. Lives were lost however.

As canons begun to find their target the mast of the flag fell. When this happened a man named Spiros Kagiales without much thought for his life stepped in the line of fire to lift the mast back up again. Again the cannons would continue their attack and once more the mast came down and again Spiros Kagiales without hesitation would hoist it back up again. When a canon blew the mast in two Kagiales did the unthinkable. He picked up the flag, hoisted it over his shoulders and made his body a mast while standing on the highest visible point in the line of fire! What ensued was impossible to imagine. Loud cheers came from all sides! From the International Squadron, the insurgents, the people watching on the sidelines and national anthems were sung!! Most importantly Admiral Canevaro touched by this act of bravery and selflessness, the desire for freedom and love of country, ordered a cease fire! Never has a man single highhandedly managed to do so much as Spiros Kagiales on that day. Unknown to him he imposed a new form of diplomacy!  Canevaro found another way of negotiating an agreement with the Cretans and Turks that eventually led the Turks to leave and Crete to become an autonomous state with the help of Prince George of Greece.

Spiros Kagiales’ act of bravery became known throughout the world by journalists of the time. He was the talk of the season and a man so humble in his daily life. He never felt he acted in an extraordinary way nor did he accept a government pension when it was offered to him. He lived a long life while helping as much as he could for the smooth transition of oppression to the autonomous state of Crete and fighting in the Balkan wars for Greece. What eventually led to his death was his heartbreak of losing his son George in the Balkan wars. Spriros Kagiales died in Chalepa, not far from where his hoisted the Greek flag with his body in Akrotiri on the 5th of September 1929 leaving behind his daughter Irene. We celebrate his act of bravery every 9th of February when the bombings took place. His statue is erected at the place of his heroic act in Akrotiri and thousands of people visit to see not only his statue but the resting place of the aforementioned Prime Minister Eleftherios Venizelos.

Both comrades sharing an eternal resting place, and recognition by so many of us who value their bravery in changing the history of the island.

The location of his statue and the resting place of Prime Minister Venizelos are known as the “Venizelos graves”, due to his son being buried there also, in Akrotiri and they are less than 500 meters from Villa Terra Creta.

The bold, wild, free spirited Kri-Kri
The artful plan that enslaved Crete to the Ottoman Empire